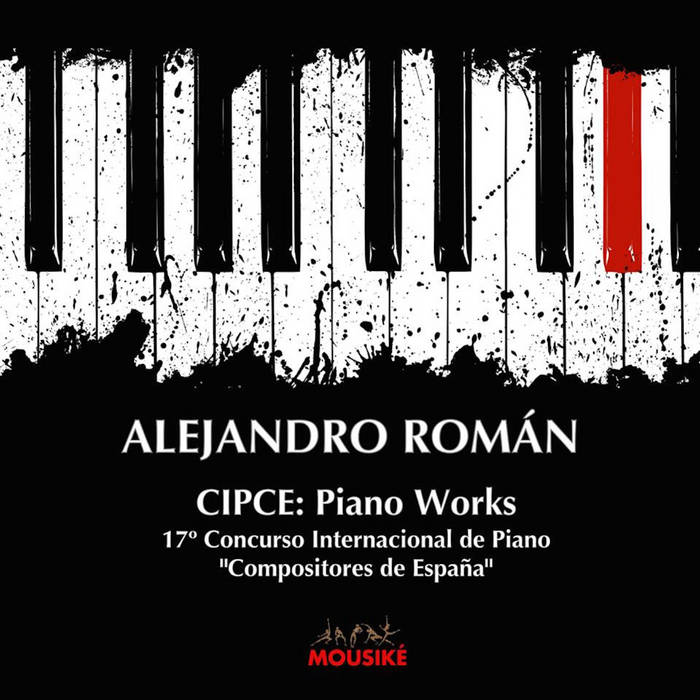 The International Composers Piano Competition of Spain (CIPCE) is a contest aimed at pianists from around the world. It is held every year in the month of November and is hosted by the Auditorium "Joaquín Rodrigo" of Las Rozas de Madrid. Each edition takes the name of the Spanish composer honored and in its different phases the contestants have to interpret a repertoire that must include at least one work of their piano production. The artistic direction is in charge of the Spanish pianist Leonel Morales, and the general direction on the part of María Herrero, both founders of the contest.
The first edition was dedicated to Antón García Abril in the year 2000. Since then the contest has honored in each edition a Spanish composer (Xavier Montsalvatge, Tomás Marco, Carlos Cruz de Castro, Joaquín Rodrigo, Zulema de la Cruz, Gabriel Fernández Álvez , Claudio Prieto, Cristobal Halffter, Joaquín Turina, José Zárate, Salvador Brotons, Isaac Albéniz, Miguel Ángel Gómez Martínez, Juan Medina, Alejandro Román, Juan Manuel Ruiz and José Luis Turina).
In 2016 the honored composer was Alejandro Román from Madrid, whose piano catalog includes more than 15 works. In this edition 27 pianists from 14 countries participated (Russia, Romania, Germany, Spain, Italy, China, Turkey, Ukraine, Georgia, Japan, United Kingdom, Serbia, Mexico and South Korea).
The winners of the 17th CIPCE edition "Alejandro Román" were: 1st Prize: Pedro López Salas (Spain); 2nd Prize: Pier Carmine Garzillo (Italy) 3rd Prize: Georgy Voylochnikov (Russia); Spanish Music Award: Nana Okumura (Japan). The Japanese Okumura received the Spanish Music Award for her performance of Alejandro Roman's Preludes Nocturnes Nos. 1 and 3, the first of them ("Orillas del Manzanares") played again at the closing concert after the award ceremony.
In the inaugural concert the pianist Leo de María premiered the "Three Gymnopedias Satiéricas, Op. 2" and also performed a selection of the "Miniaturas para Piano, Op. 1" by the composer from Madrid.
This album contains a selection of the best performances in the second phase of the contest of the catalog of piano works by Alejandro Román. Of the seven compositions submitted for selection by the contestants, five were interpreted, leaving only "Entre Arrecifes, Op. 11a" and "OidaRadio 2, Op. 59" without interpretation. The album is completed with the recordings of the inaugural concert by Leo de María.